What’s So Hot About the Microsoft Teams vs. Slack Software Collaboration Race? 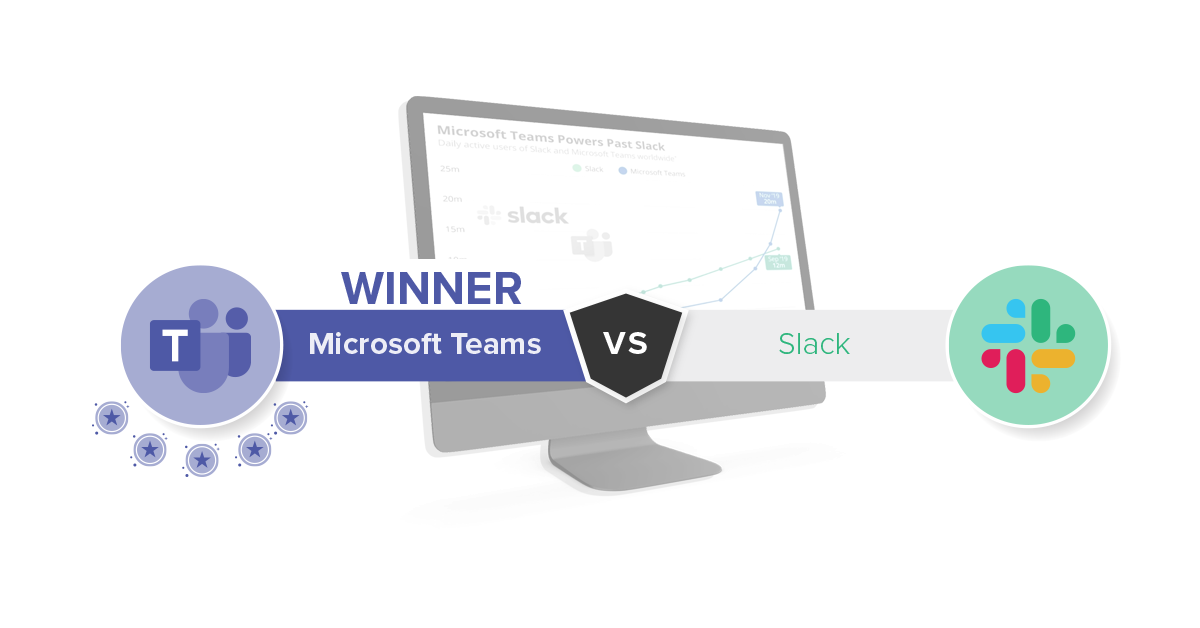 Over the second half of 2019, executive attention has been focused on the very public race for software collaboration supremacy. While the Software Giant of Redmond has shown superior growth as Microsoft Teams hits the 20 million user mark, Slack Technologies has attempted to argue engagement data shows the upstart’s stickier app outperforms Microsoft Teams. 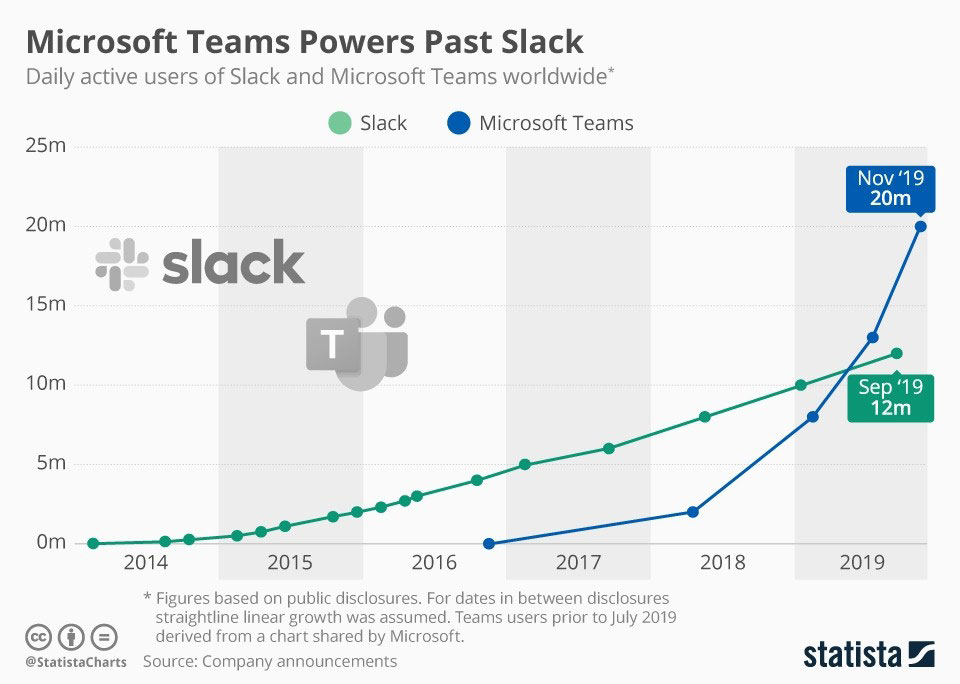 From a consumer awareness perspective, such a side-by-side comparison might even appear odd. Any mention of a market challenger alongside Microsoft favors the lesser known company. Why would Microsoft leadership feed a fiery “Teams vs. Slack” narrative so publicly?

It’s a safe bet to assume both leadership teams understand the stakes are high. Whoever holds the coveted number 1 spot in the emerging software collaboration category will not only dominate a growing multibillion-dollar market. Owning the enterprise collaboration space also has ramifications that span an organization’s entire digital transformation strategy, including public cloud footprint, unified communications (voice and video), and a variety of other productivity suites. Winning on feature parity, however interesting to a tech savvy audience, is not what this race is about. In fact, analysts argue feature parity is irrelevant in the short term as the two companies are targeting different market segments.

Microsoft’s endgame is winning the enterprise market. That means interoperability across multiple systems is key to the leader’s dominance, and more importantly, critical to the success of the digital transformation initiatives customers are implementing. Microsoft Teams enables enterprises to integrate easily with public cloud deployments on Azure, connect seamlessly to Skype for Business and PSTN – and even support a 21st century organizational vision of high quality enhanced rich media conferencing.

Driven by customer demand and fueled by our own experience adopting Microsoft Teams, AudioCodes shares Microsoft’s strategic focus on digital transformation enablement. While the battle for innovation and feature parity is important in the short term, delivering future-proof market dominance is about ensuring survivability, connectivity, and universal interoperability.

Have  questions?
Want to know more about the Microsoft Teams?